Lavishly illustrated with every page in full color, this alphabet story from Reg Down is a delight to read for both children and adults alike. Filled with the humorous adventures of the gnomes Tom Nutcracker and June Berry as they learn their letters with the help of Tiptoes Lightly and friends.

Whether your child knows their alphabet or not Pine Cone and Pepper Pot guarantee that they will see the letters and their shapes with new and creative eyes. The Alphabet is filled with stories, songs, pictures, plays and adventures silly and bold. Highly recommended!! 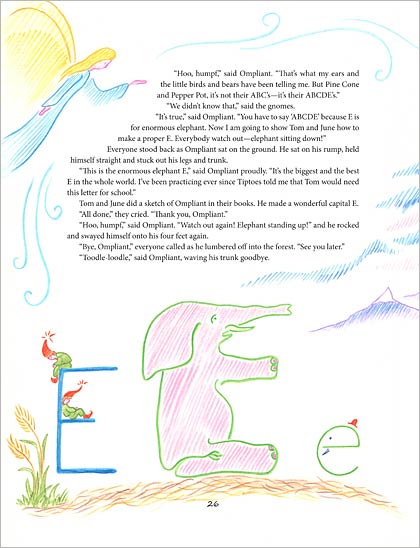 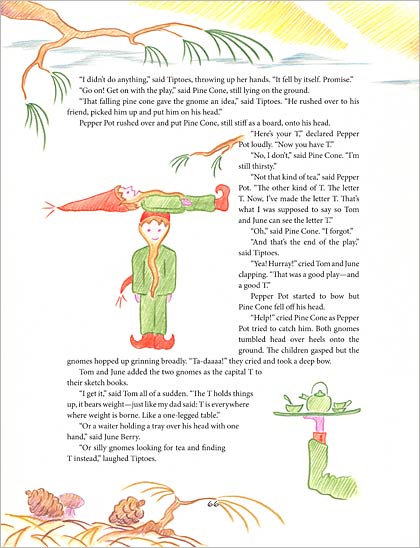 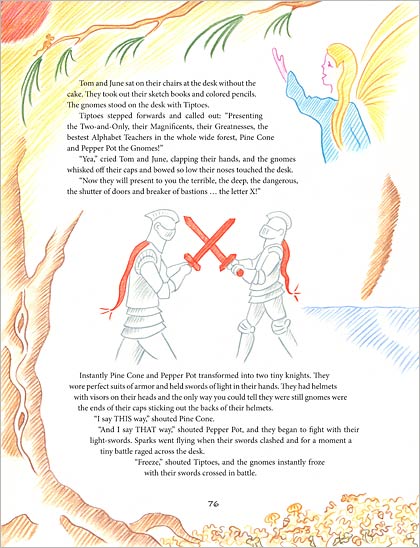 Summer is almost over and Tom Nutcracker is soon to go to school. But deep in the forest on his father’s farm two gnomes called Pine Cone and Pepper Pot are worried. What if the school does not teach Tom his letters properly? What if the teacher messes the alphabet up? Then Tom might spell the Pine Cone as NEPI NOEC, or Pepper Pot as PREPREP TOP. He might even spell the famous Tiptoes Lightly as TOESPIT THIGLLY. That would be a disaster. A huge disaster! So the two gnomes, with the help of Tiptoes Lightly and Farmer John, set out to teach Tom his letters. Tom’s younger sister, June Berry, insists on being taught too, and never will they, or anyone else who reads this tale, forget their ABC’s – or their LMNOP’s or QRST’s either.

Be the first to write a review

Comments feed for this article